While it is undeniably more fun to launch one new feature after the next, first, it is very important to get the system groundwork perfectly in order. Outdated code needs to be revised, which is also known as a legacy code ‘clear-out’. Along with expanding our team, we have recently been putting in some hard work towards making our software faster and more stable.

In order to get this done, we have already successfully transferred most of the functions to our new system. The new system has opened up many more future possibilities, and we can now offer even more stability and speed. Even though this process takes considerable time and effort – the performance and stability benefits will be worth it!

Since January, we have welcomed seven new Salonizers to our team, and we’ve almost outgrown our office space. We are pleased to introduce our new colleagues! 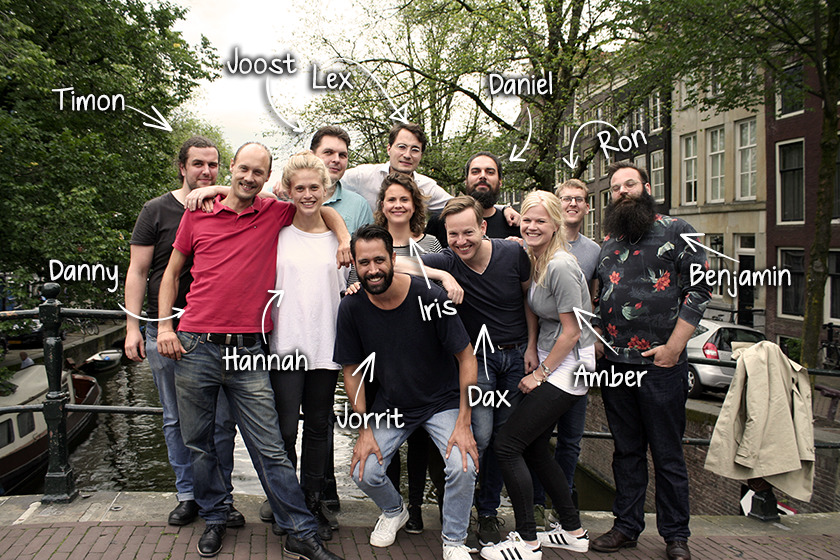 Lex has been part of our team since January and he can be quite a chatterbox. There’s a big chance you've already talked to him, whether about Salonized, or just about anything else. He lives in the river district of Amsterdam, together with a cute dachshund called Sjors, and his girlfriend Sophie. In his spare time, Lex likes to spin the decks and he often intends to go surfing, but we’ve never actually seen him get around to it.

In order to tempt Joost into joining Salonized, we took him straight to the pub after the first interview. This was definitely a gesture he appreciated and he quickly took us on: since January, he’s become a regular fixture at one of our office desks. If he ever decides to have a career change, though, we fully expect him to go into stand-up comedy – but it could be that all his jokes are just the natural result of a daily train journey from Almere to Amsterdam.

Timon is the fitness fanatic in our midst. A few times a week, he likes to work up a sweat doing crossfit, he regularly works standing up and, of course, eats lots of curd cheese. In addition, he also cares for little Evan. Timon is very a busy man! He started at Salonized in April.

Ron Cadier, 33, developer
Ron brings the customary Brabant cosiness to Salonized. He started in May and travels from Eindhoven to our office at the Herengracht in Amsterdam three times a week. He can certainly appreciate the finer points of the capital, but finds the price of a plate of chips and stew here completely absurd.

Iris Hilgevoord, 28, customer support & growth
Iris has also been supporting our team since May. She is a huge Ajax fan and can name all the players from any football team. Every morning finds her busy in her kitchen in the Amsterdam Leidseplein area, only to make the most delicious salads again at lunch.

Daniel is our very first international Salonizer and has been working at Salonized since 1 July. He traded in San Francisco’s Silicon Valley for “small town life” in Amsterdam. He’s discovering the Dutch love of bicycles, he still needs to get used to strange Dutch expressions like ‘kiplekker’ for ‘awesome’, and he finds our famous bitterballen to be very overrated.

The legendary Ben has been around since the dawn of the internet. Thanks to his mysterious beard, he always looks very distinguished – an accurate reflection of his serious programming skills. But behind that beard lies an incredibly sweet man who is always up for a pint at the pub. Ben also teaches programming classes and is working on setting up his own business so that he can teach programming to the whole world!

Now, back to code: the recent makeover that Salonized has undergone did not only concern improvements in functionality, but outward appearance as well. The various pages of Salonized have been transferred over bit by bit: first, we started with Customer Management, then we worked on Inventory, currently we are working on the Checkout, and next, we’re going to overhaul the Calendar.

Our new customer base

In the new customer profile, you now have the option of adding a follow-up date when creating a note. When you make a note with a follow-up date, it will appear in the calendar on the relevant day. 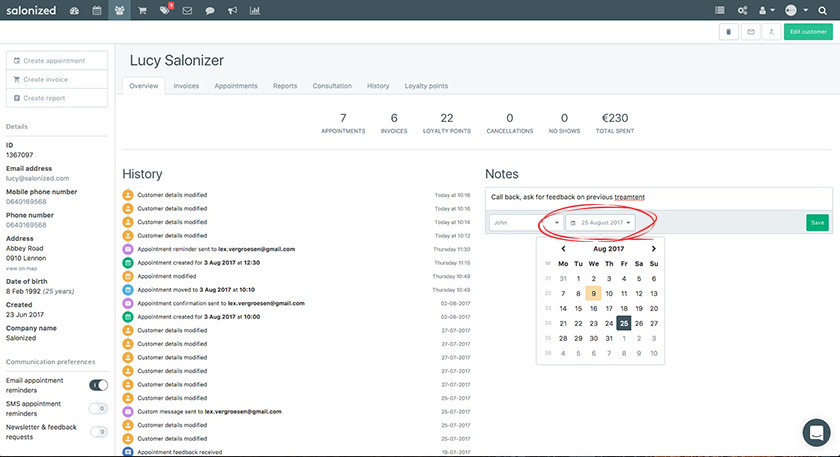 Another new feature, “Find on map”, is located by the address. This function has been developed for professionals who (also) travel to their clients. When you search for the address on the map, Google Maps is launched and you can easily find directions.

Salonized's new advanced calendar avoids double bookings by taking into account not just employee availability, but also the availability of the required equipment and/ or treatment room.

In order to do this, you need to provide multiple resources, as necessary. For example: you offer a treatment that can be done by three different employees. You also need particular equipment for this treatment, of which you have two sets. In the current Salonized calendar, this appointment can be booked three times, at the same time, if all three employees are available. However, the new improved calendar will also look at equipment availability. Once both sets of equipment have been booked, another appointment cannot be made by the third employee. The same applies to other combinations of employee/ treatment room/ equipment. 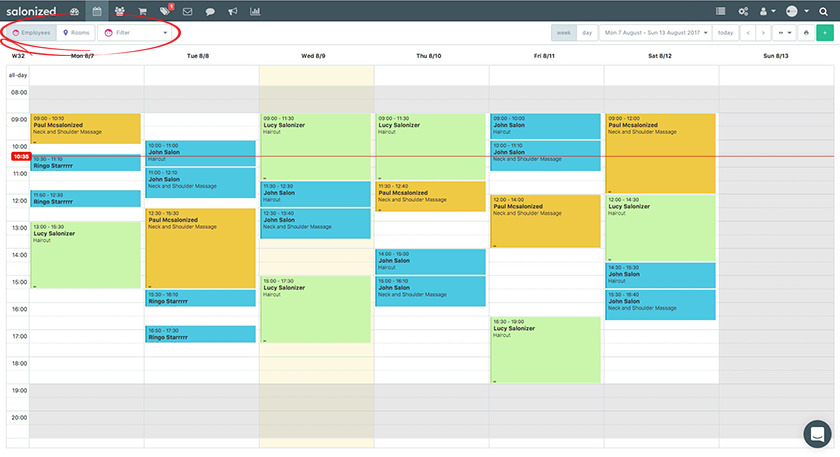 The new advanced calendar is currently a beta feature. All feedback we receive concerning the running and functionality of the calendar can be used to improve it. If you are curious about the functionality of the new calendar, or if you’d like to have a go at trying it out, don’t hesitate to contact us.

Coming up next …. The new dashboard

Also currently in development is the new dashboard, which will provide an preview of calendar bookings for the week ahead. You will also find a clear overview of recently booked online appointments without having to click on the calendar. There is also a to-do list with daily notes, which can be easily called up. 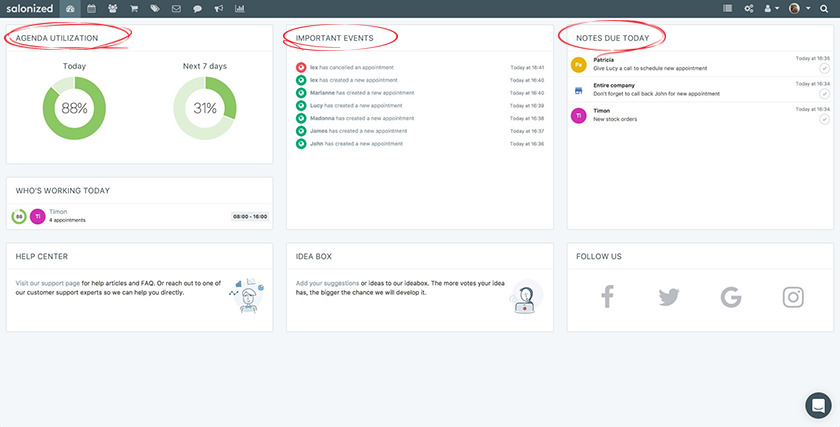 Clearing the way for new developments…

The new smart and accessible Salonized interface is just the forerunner for more upcoming features. Once the whole of the code has been converted to the new system, you can expect many new product updates from us! If you have any questions or comments after reading our blog, don’t hesitate to let us know! 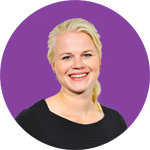 We call Amber ‘Miss Salonized’. This is because she has held a number of different functions within the business and she knows all the secrets of the salon software system and more! All her experience has made her the perfect candidate for her current role as Product Manager, keeping you informed of all the latest Salonized developments.

More from the Salonized team

Salonized update: 2-Factor Authentication - what is it and why should I use it?

Advanced yet easy. Extensive and flexible. Salonized is designed for teams and for individuals.

Get started No credit card required